After spending two weeks in isolation, she is back in her sunny garden room at the Rand Aid-run care centre in Lyndhurst, Johannesburg.

Dr Christina Eleftheriades, who cared for Kitty during her time in the care centre’s isolation facility, says it is exceptionally remarkable that someone of her age has survived a pandemic that has devastated old ages homes worldwide.

The doctor is one of two GPs based at Elphin Lodge retirement village, in which the care centre is situated. Her colleague, Dr Carmella Mielke, is responsible for Kitty’s care now that she is back in her room.

Both doctors are grateful to the members of the care centre’s nursing team, who they say are dedicating themselves to professionally and lovingly caring for the aged residents who contract the virus.

Carol Cunningham, Kitty’s daughter, was caught in Australia when South Africa’s lockdown was implemented and given how far away from her mom she is, she was naturally very anxious when she heard her mom had tested positive for the virus.

“Huge thanks must go to Dr Mielke, Dr Eleftheriades and Sr Bessinger and her team who tenderly nursed my mom though this awful virus,” says Carol. “They made her comfortable, administered her oxygen and for 24/7, nursed her back to health.

Carol says her mom is back in her pretty room at the Lakeside wing of the care centre, where the staff welcomed her back with great delight.

“Mom has always been a special lady with a heart of gold. She never complains, is kind and loving, generous and compassionate and never demands anything! She always said: ‘If you don’t have anything nice to say, then don’t say anything’.”

Kitty was her normal cheerful self while in isolation, says Sr Bessinger. “On day three, she started to improve and asked for tea with milk. When we did our rounds, she always gave us a big smile.”

Kitty, whose full name is Doreen Ruby Mole, was born in Swakopmund, South West Africa, on 5 April, 1917. She was raised in Pretoria where her father was a magistrate. After the Second World War, she married Oliver Venn, who was an air force pilot. The happy couple and their four children lived for years in Sandringham.

“Mom has 18 grandchildren and 30 great grandchildren who love her as much as she loves them,” says Carol. “Elphin Lodge – the retirement village where Ron Smith Care Centre is based – was her happy home for over 15 years until she moved into the care centre four years ago.

“She supported all the wonderful social events at Elphin Lodge, frequented the popular on-site Elphino’s coffee shop and, of course, played her bridge at least twice a week. Mom was always an active lady and played tennis until she was 89.

“Her move to the care centre was a blessing and although she was sad to give up her cottage, she adapted easily into her lovely room, which opens out onto the garden. She has made new friends and her friends from the cottages have one by one joined her at Lakeside.” 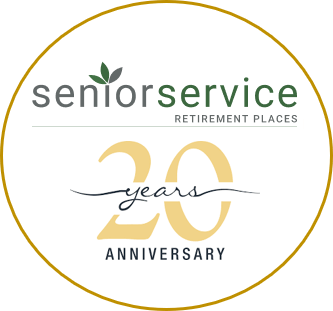